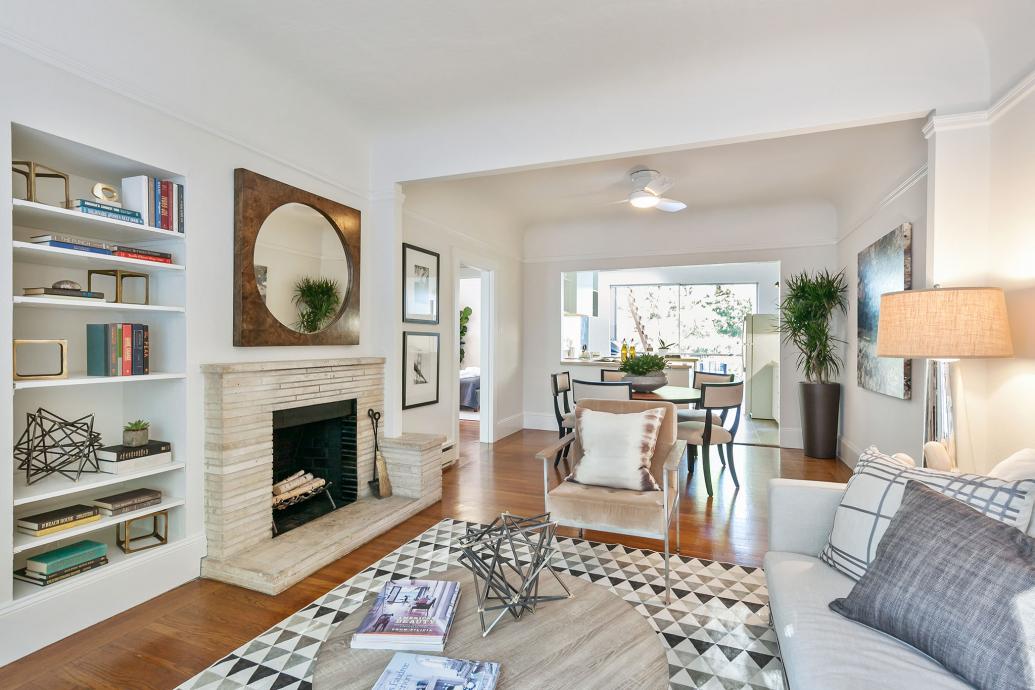 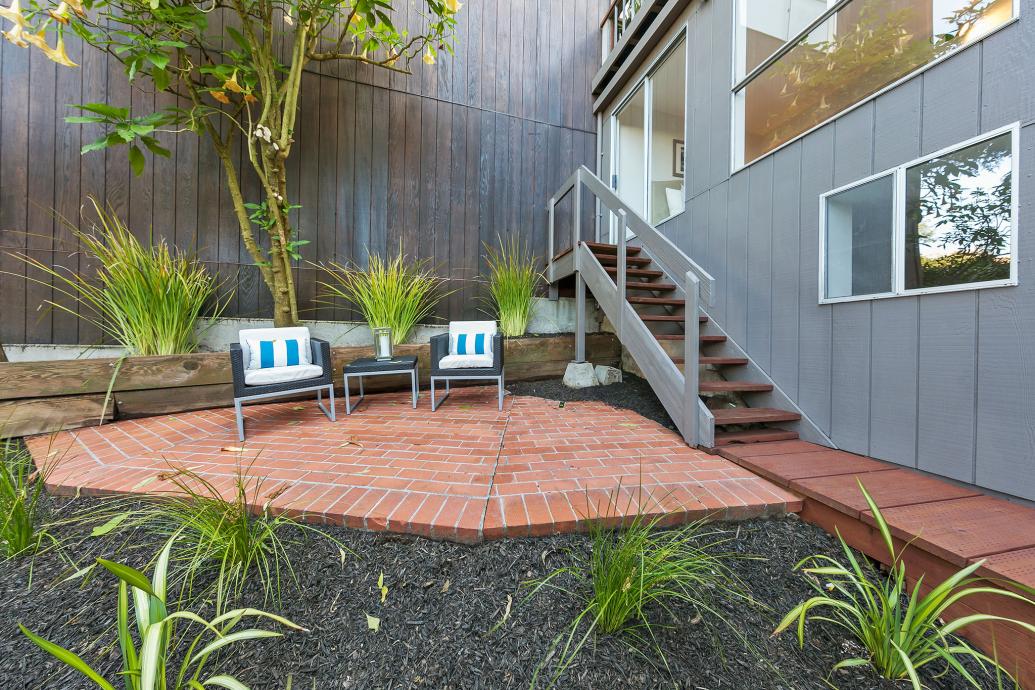 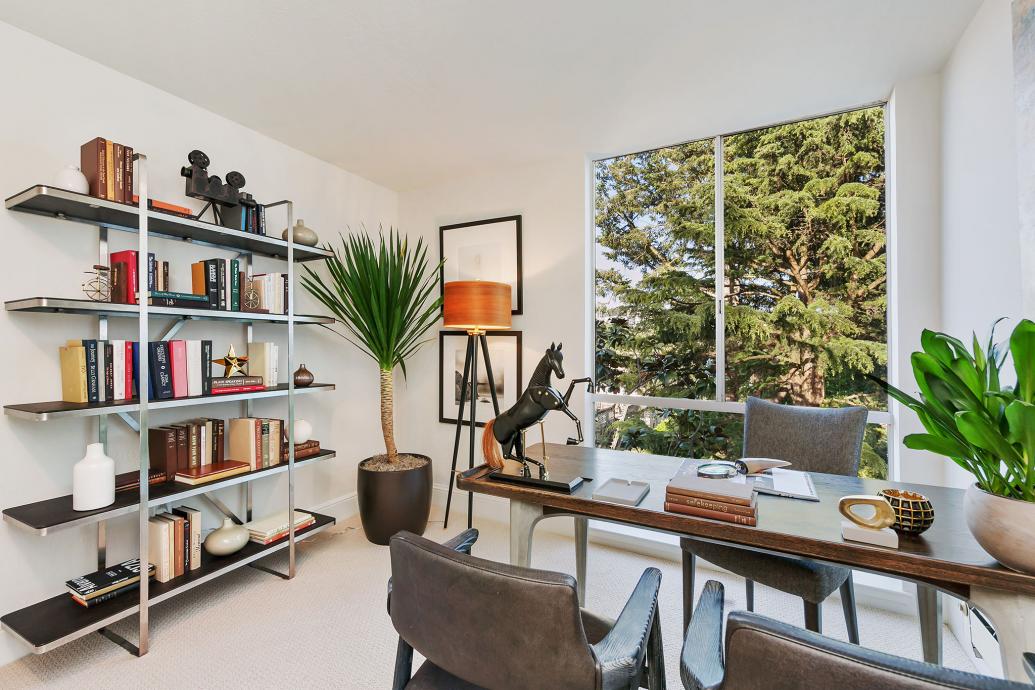 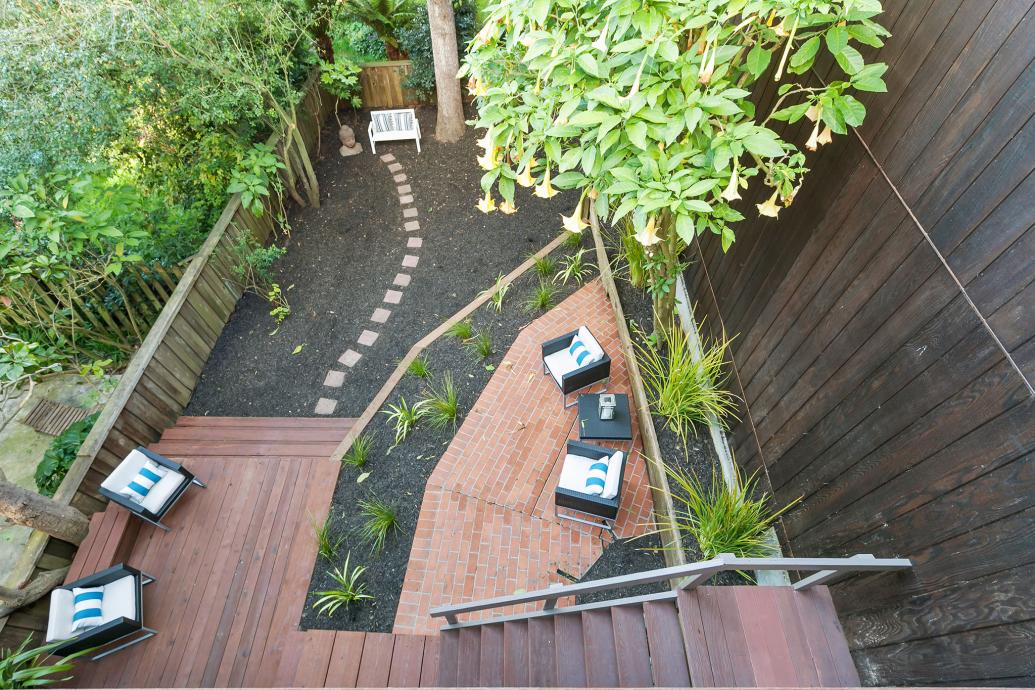 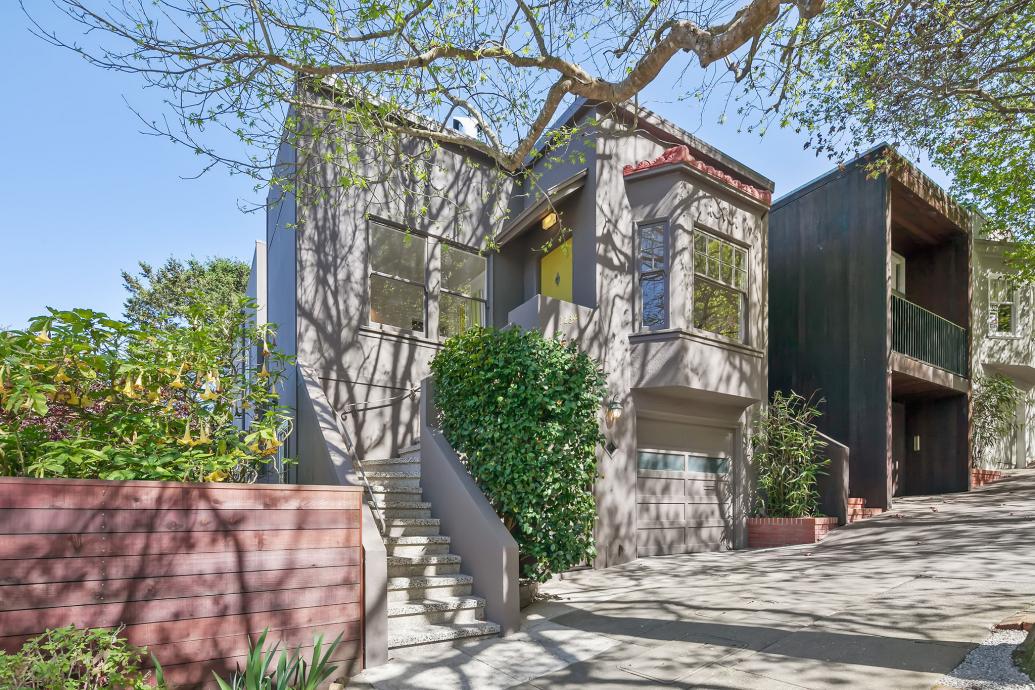 If homes and trees could speak in a language that we understood, this home would have an epic tale to tell.  City records indicate that, though the home was built in 1925, it was not moved to its current location at 1234 Stanyan Street until 1950.  The move was not a long one.  Less than a block: From 1196 Stanyan Street. But still… what a story!  Could the owners have known then, what a difference that move would make? Today this charming verdant oasis rests on one of the most coveted blocks in all Cole Valley; south of 17thStreet, and across from the Stanyan Trail leading into the forests of Mount Sutro; as well as being in the immediate proximity of Golden Gate Park, the shops and restaurants of Cole Street, a good number of public and private schools, and one of San Francisco’s best loved public transportation routes: The N Judah Street Car line.

Anchored by spectacular mature trees to both the east and west of the house, the verdant outlooks from virtually every window bring a kind of peace and tranquility to this home that is rare in our vibrant and ever-changing city.  In a world of designer labels, exotic products, and fancy finishes, there is something very refreshing about the simple, unpretentious, yet functional nature of this charming three plus bedroom, two bath home.

Please note that the view photographs were taken from the east entertaining deck off the kitchen, and from a roof top perch, and not from any of the interior rooms.

* Tax records indicate that the home was built in 1925 and moved to its current location in 1950.  They further indicate that size of the home is 1367 square feet.  Thus, agents cannot verify whether or not some or all of the improvements on the lower two floors were completed with benefit of permit.  Prospective purchasers are advised to independently verify the size of the home, as well as the status of the improvements.


“I have worked with Steve for nineteen years, on over a dozen transactions. Steve is a very savvy negotiator, has comprehensive knowledge of the San Francisco market, and demonstrates a relentless drive to succeed on behalf of his clients. He also has a fabulous team working for him, who are instrumental to his success. Every single one of my sales was record-setting thanks to his astute advice on how to best prepare and market my property, and due to his and his team’s hard work on my behalf. I would not dream of ever buying or selling without him in charge of the deal.” Aleck Wilson, Architect

READ MORE > about this property.